We are committed to our Code of Excellence, which calls on our members and employers to work together to provide the highest quality of work possible, in every IBEW workplace throughout the United States and Canada.

The International Brotherhood of Electrical Workers (IBEW) is a union of 725,000 members, making us the largest organization of electrical workers in North America.

Our members work in nearly every part of the economy: construction, utilities, telecommunications, broadcasting, manufacturing, railroad and government. IBEW members can be found on the job at construction sites, power plants, factories, offices, shipyards, TV studios and rail yards.

Formed in 1891, we have earned our reputation as the oldest, largest and most professional Electrical union in the world.

By securing good wages, solid benefits and safer job sites, our union helps build a better road to the middle class for all working families.

The IBEW takes leadership in our communities, working with elected officials, business leaders and community leaders to build an economy that works for everyone.

We are the largest private-sector trainer of electrical workers in North America, providing cutting-edge apprenticeships and ongoing education programs in the most advanced energy technologies.

I trust electricians that are members of IBEW because I know I'm getting the best quality and committed workers in the area.

Thank you for contacting us! You will hear back within 48-72 hours. 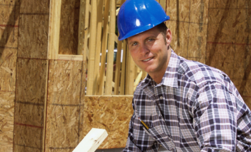